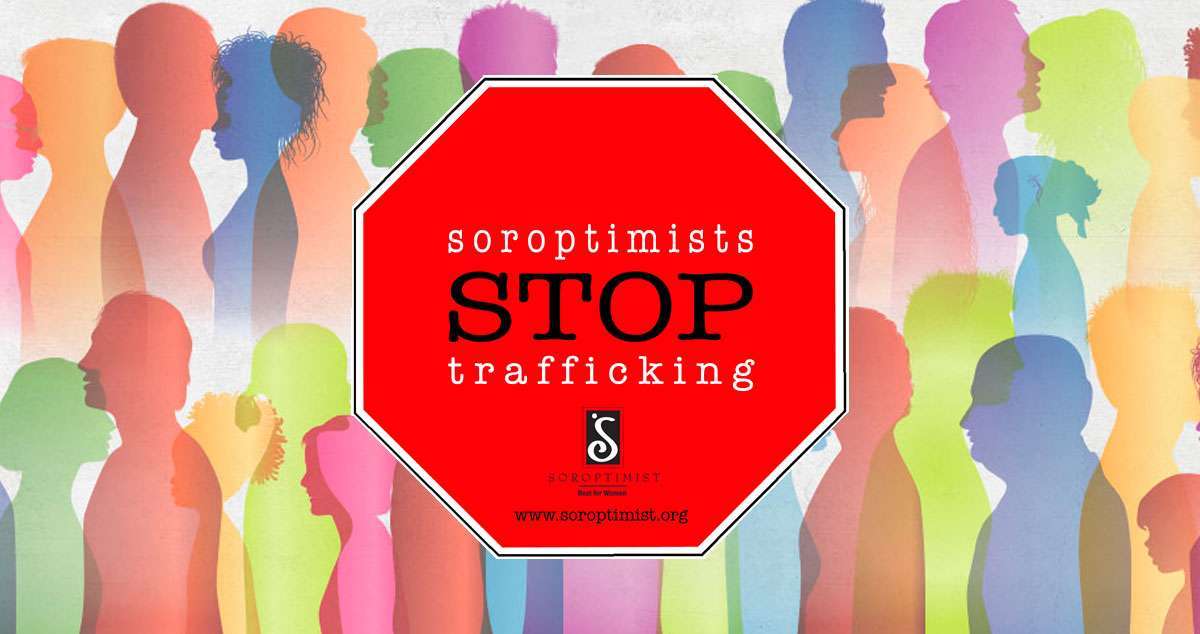 In 2007, Soroptimist launched a major campaign— Soroptimists STOPTrafficking—aimed at raising awareness about the devastating practice of sex trafficking.

The program has evolved to include a multi-dimensional approach to end sex trafficking including raising awareness, assisting victims, preventing sexual slavery, and advocating for better laws and enforcement.

Soroptimist International of Whitefish, in conjunction with the office of Attorney General Tim Fox, collaborated with a  unique art exhibit on a four-city tour of Montana to raise awareness of human trafficking.

The 14-piece exhibit, “Faces of Freedom: Voices Calling for the End of Modern Day Slavery,” is the work of the Freedom 58 Project and features portraits of victims “rescued and restored” from human trafficking.

“These are real people being affected, and the hope is that given the right resources we can rescue and restore people back into the community.” –  Diane Yarus, chair of the Soroptimist’s human trafficking committee.

Yarus and the Soroptimists have worked since 2007 to highlight human trafficking and its frequent consequence, the underage prostitution of young girls.

The group has been involved in advocate work for victims and pushed for tougher laws and penalties for traffickers.

Yarus even testified at the State Capitol on behalf of House Bill 89, which was signed into law in 2015.

Learn more about the complex issue of sex trafficking and what resources exist to stop it.

The event is finished.

Soroptimist International of the Americas